The architectural office and consultancy consists of a team of architect engineers and aims to provide comprehensive design services, supervision and advice in all types of range and scale of projects architectural. The structure and size of the office enables the design and study of projects very different in both the typology as well as in level of scale. The activities extend from the interior configuration to the study of large scale and fundamentals. The office has partici¬pated in the study of residencies, condo-miniums, shopping centers, office buildings, establishments of infrastructure and hotel complexes, among others. At the same time the office deals with landscaping de¬sign, both on an urban level, with design squares and open spaces, as well as on the landscape level with the park design. The office has repeatedly been honored with awards in architectural competitions and projects which have been presented in Greece and abroad.

The continued participation of the office in architectural competitions, which coincide with current profes-sional pursuits, formed at our dis¬posal types of experimentation and processing of specific forms and structures. In this way these inno¬vative synthetic possibilities car¬ried into practice and contributed to the advancement of studies and projects of office. We employ the constant evolution of our architec¬ture and language adaptation of the ever-changing needs of modern society. 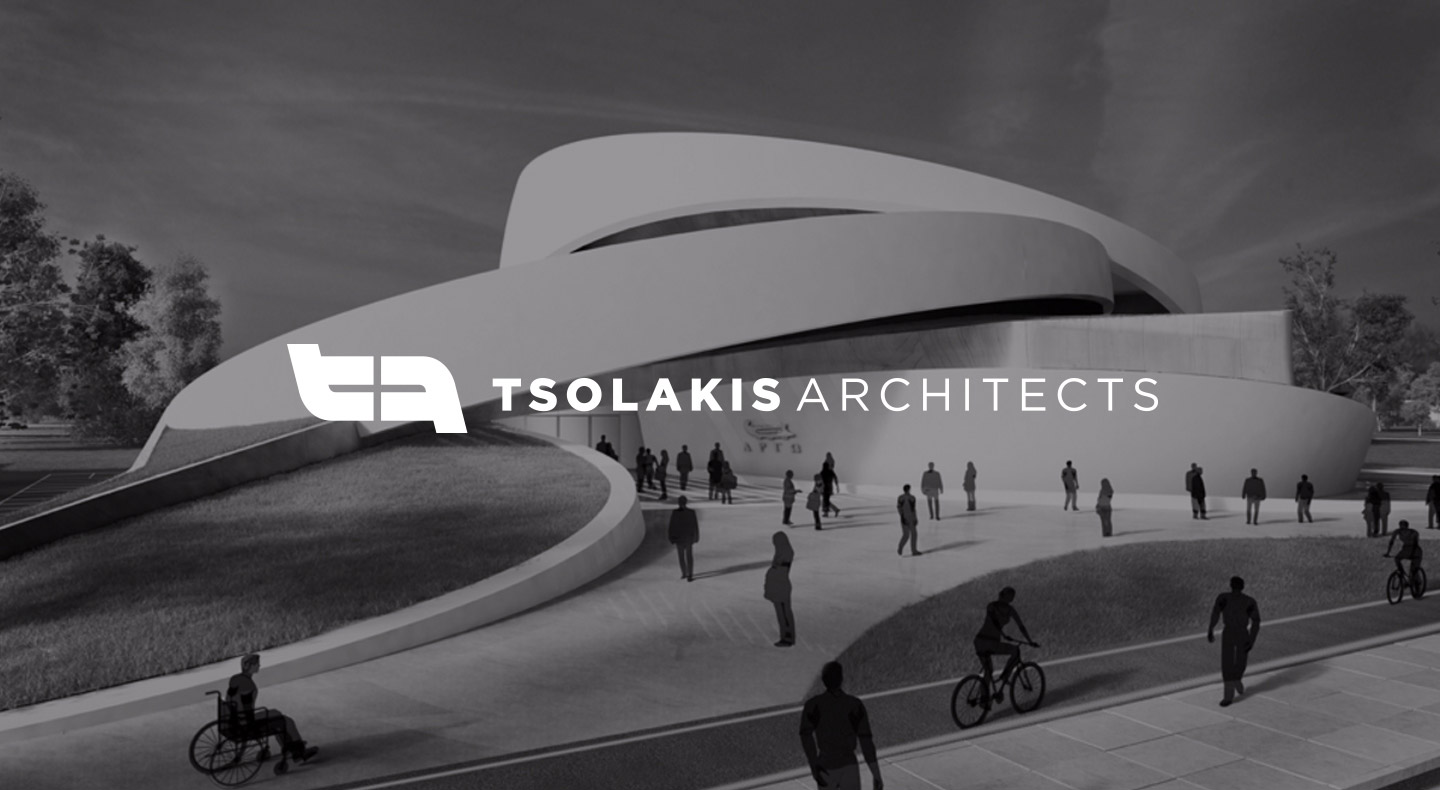 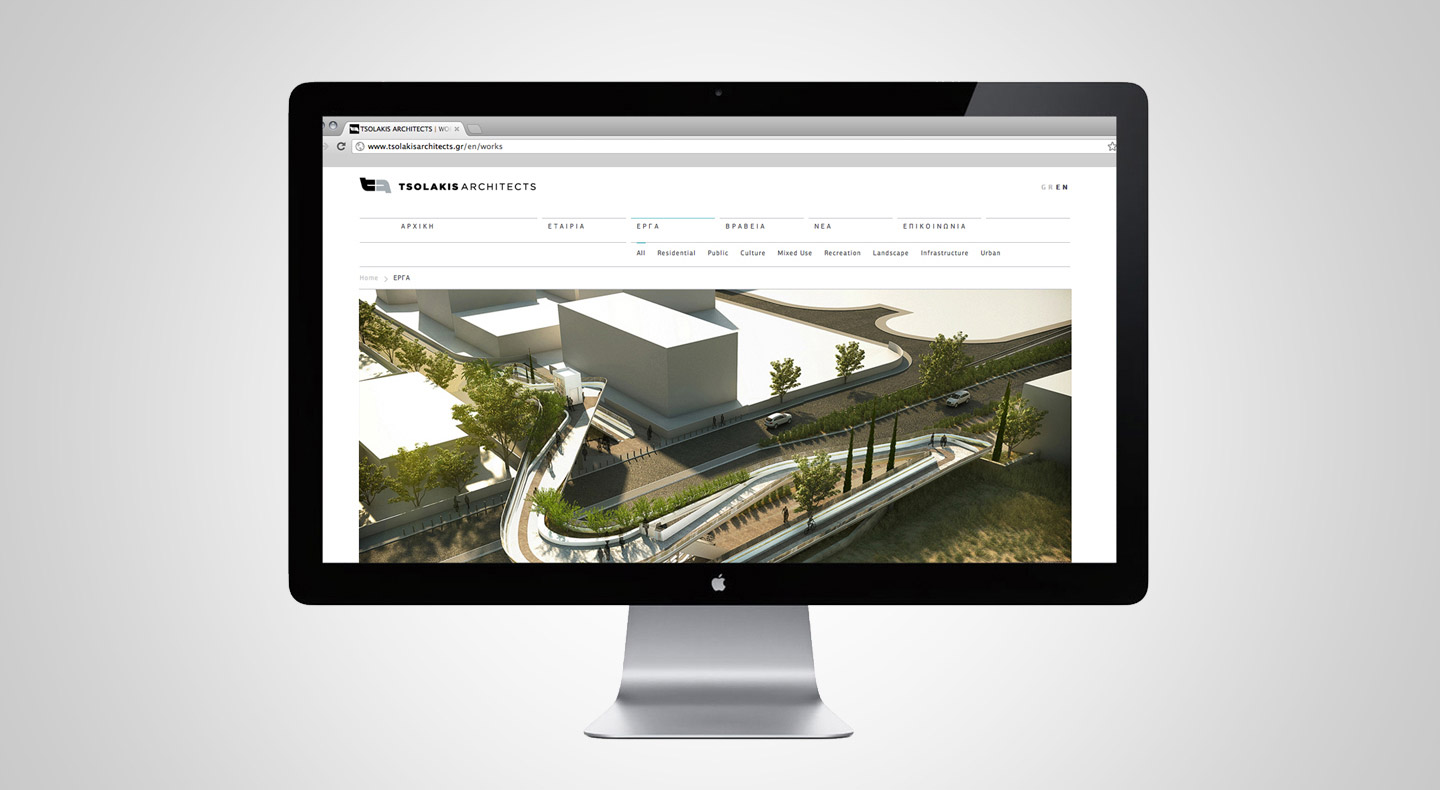 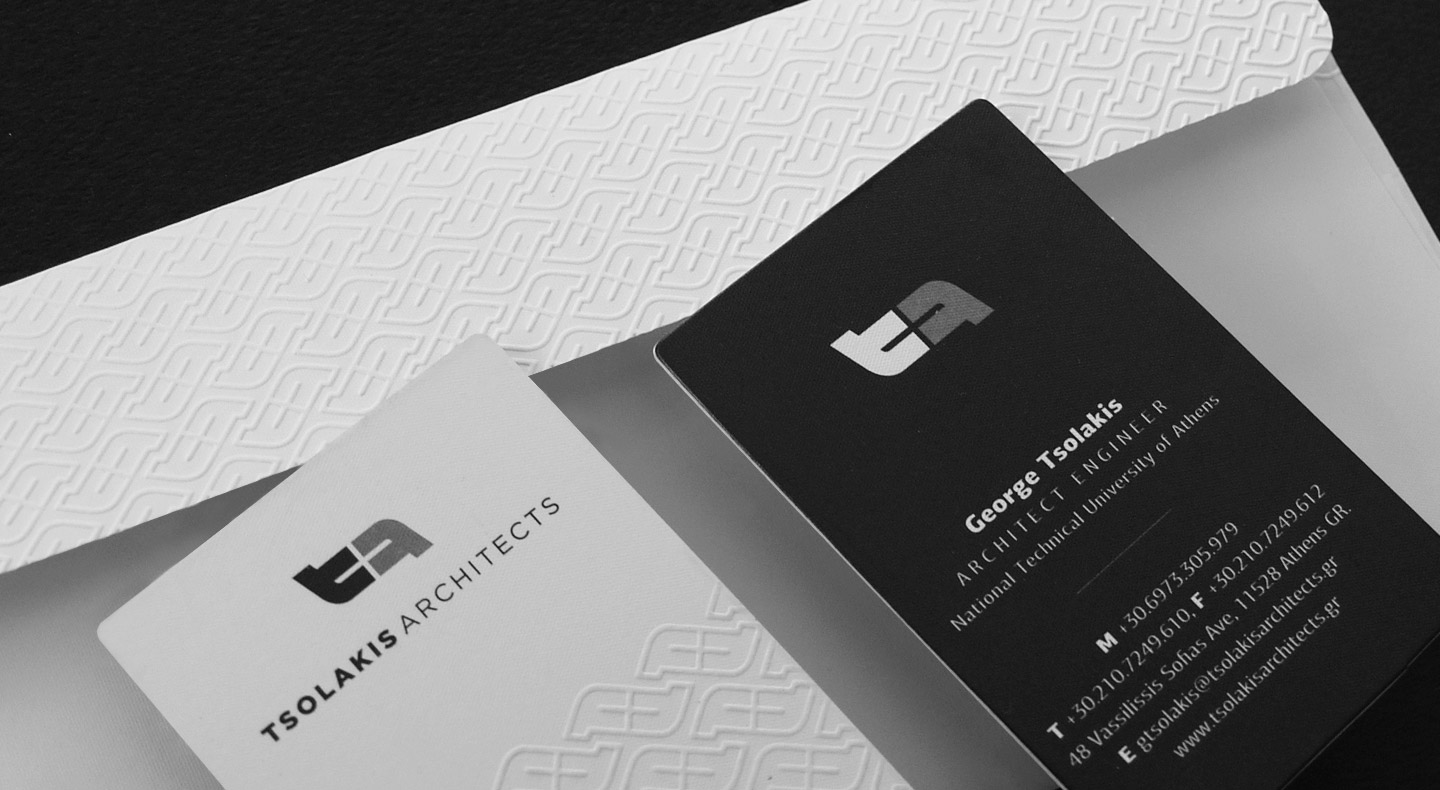 “FIELD OF LIFE”
Design of a Cultural and Sports Centre for children and adolescents within the urban fabric of Nikea in Athens.

“Field of Life” is a non-profit organization whose mission is to create a center where children and adolescents can develop personalities, discover their special talents and skills and become well-rounded individuals by participating in various athletic, cultural and academic activities and programs. The project will be implemented with an endowment by Stavros Niarchos Foundation.

MIXED USE DEVELOPMENT IN GHANA
First prize in an international architectural competition for the design of the masterplan of the Angelina amusement & development park in Ghana.

The Angelina amusement development park is situated in the greater Accra region. It covers an area of 1,400 Acres on the outskirts of Aburi.  The project will be implemented in 4 phases that is expected to be completed within 7 years. The overall budget will be approximately 350 million dollars.

RAILWAY STATIONS IN GHANA
Regeneration of the Railway Stations along the Accra – Tema Line in Ghana, Africa

The proposal for the rehabilitation of the railway line along the Accra – Tema corridor will contribute to the improvement of the general infrastructures of Accra. At the same time, the design aims to embrace the particularity of the Ghanaian people, the landscape and the cultures. Those aspects are considered in an attempt for a long-term physical regeneration of the railway corridor of Ghana. The design of the buildings is based on the geometry of the existing railway stations. The trigonometric rooftops, characteristic elements of those structures, are the basis of the concept design.

The redevelopment of Strebenioti’s mil­itary camp, is of great importance for the city of Thessaloniki. The area is sur­rounded by the most important public buildings of the municipality, such as the Town Hall, the cathedral, several schools, as well as the most important sports facilities of the municipality. By regeneration, most times, we refer to the aesthetic upgrading of the image of the city. However, in this case study, we are ethically obliged to answer a wide range of questions. The site needs more than the design of a simple square. It requires a landscape which will serve as more than a symbol for the city and its global image.

The main objective of the project is the design of two autonomous houses of four and three bedrooms respectively, having as basic design guideline the minimum possible intervention in the landscape and the dialectical integration of the building with its surroundings. Taking into account the steep slope of the plot, a unified cave volume is created, designed at such angle as to preserve the initial spatial and quality starting points. Important conditions were the southern orientation of the houses to the endless view to the bay of Laganas and the maximum privacy between the two houses, ensuring quality indoor and outdoor spaces and making the transition flowing from inside to outside and to the pool area. The curved forms, as synthetic tools, in combination with natural color materials, contribute to the adaptation of the building to the landscape, as a phenomenological consequence of the surrounding olive grove.