At the vivid intersection of cinematic and graphic design history, “Film Posters of the Russian Avant-Garde”gathers 250 film posters from 1920s and 1930s Russia to explore a world of innovative, revolutionary aesthetics.

Brimming with bold colors, dramatic angles, and eye-catching typography, these startling designs bear witness to the experimental avant-garde of the pre-Stalin era.

At the intersection of the visual, graphic, and cinematic arts, film posters are a unique and thrilling record of a particular cultural Zeitgeist. This book brings together 250 posters from the pre-Stalin Soviet Union of the 1920s and 1930s to explore the energy and invention of this period, before Soviet Realism became the official art doctrine. 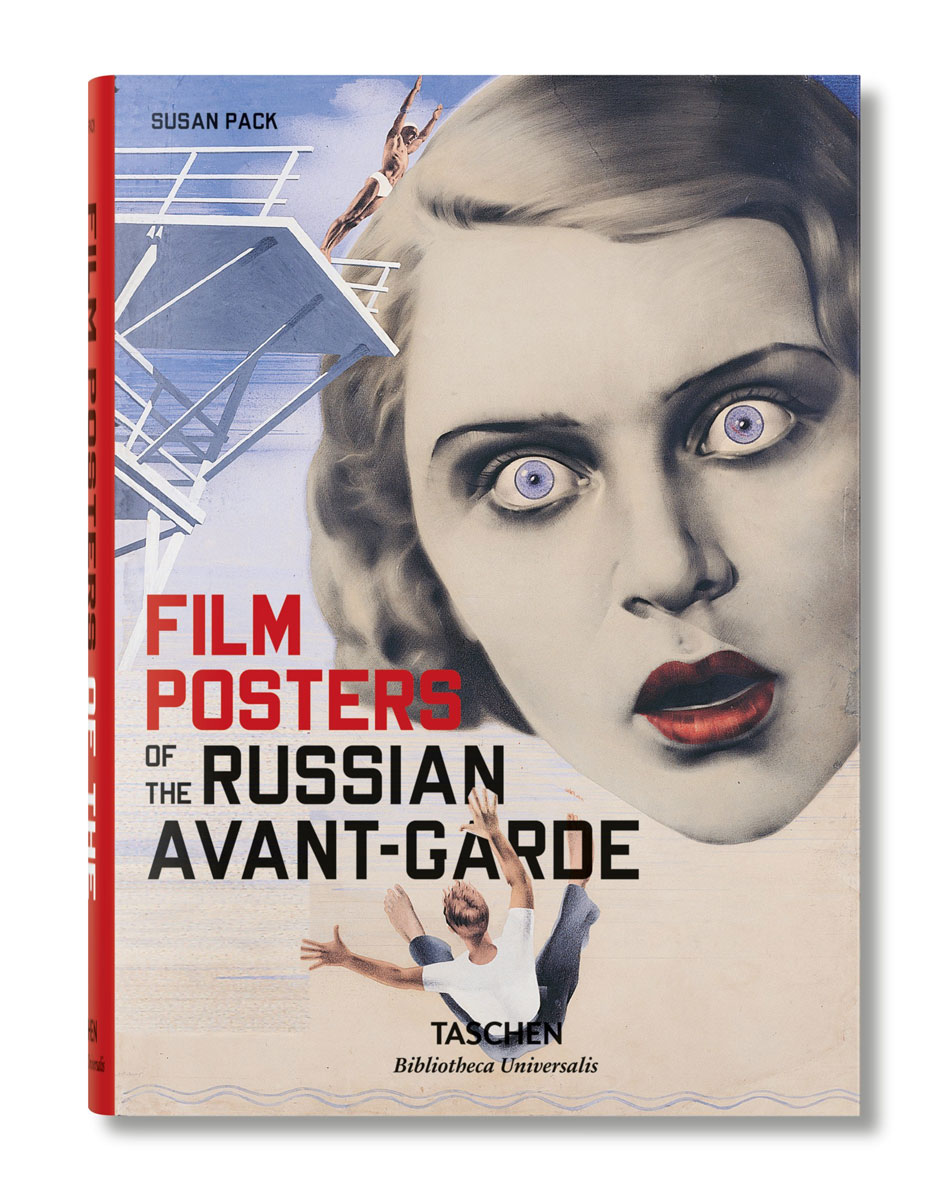 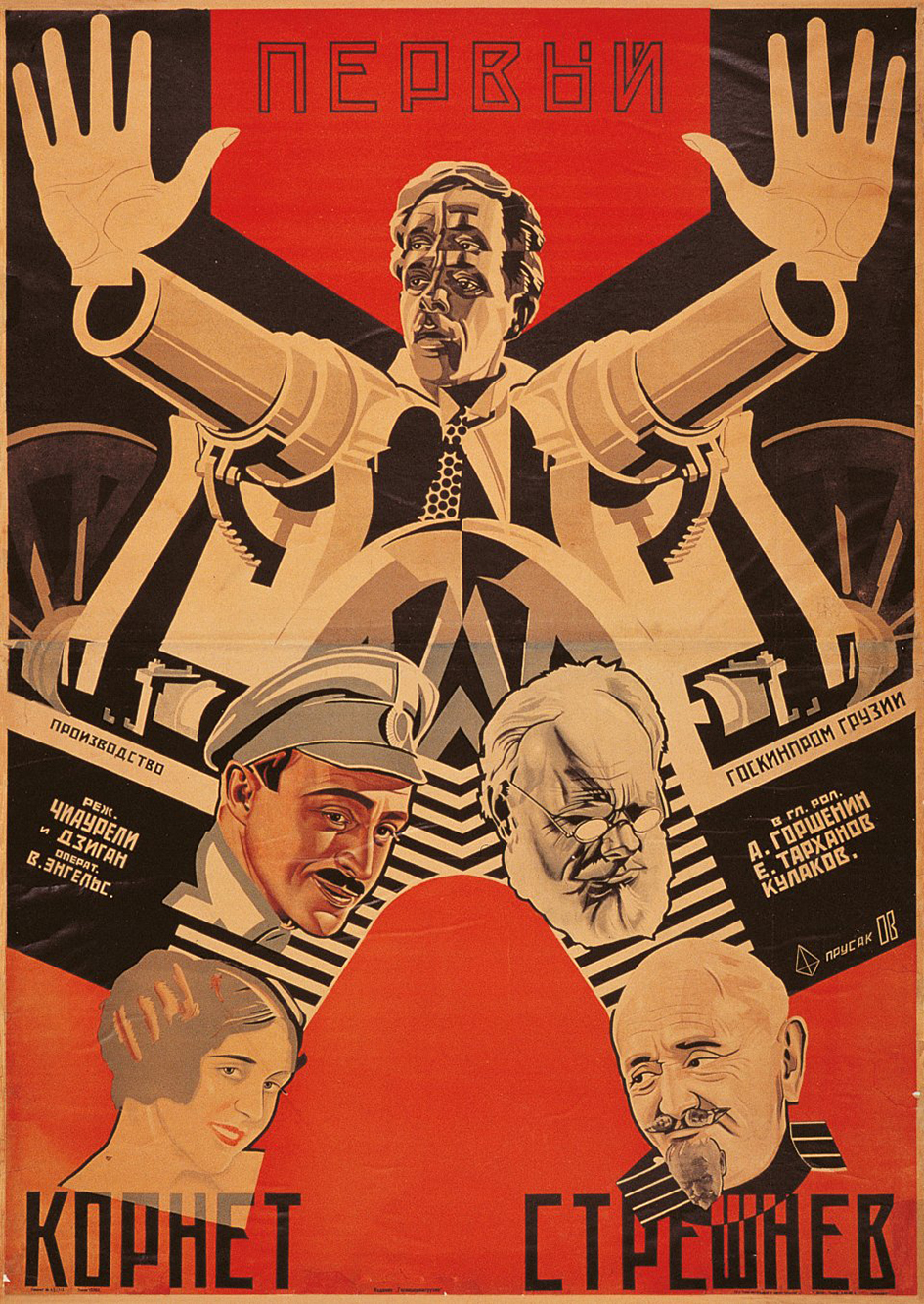 Drawn from the private collection of connoisseur Susan Pack, the selection includes the work of 27 different artists. From bold figuration to architectural elements, each artist displays a distinct style and aesthetic, as much as they collectively eschew the glamour of Hollywood for more stark, striking, even challenging images, often marked by unusual angles, dynamic compositions, and startling close-ups.

Carefully curated by Susan Pack who graduated from Princeton in 1973 and has worked for a decade in advertising, latterly as senior copywriter at Saatchi & Saatchi in New York before exploring her passion for rare advertising posters in the 1970s – in due course acquiring one of the world’s foremost collections of avant-garde Russian film posters – this is an ode to her extensive collection. 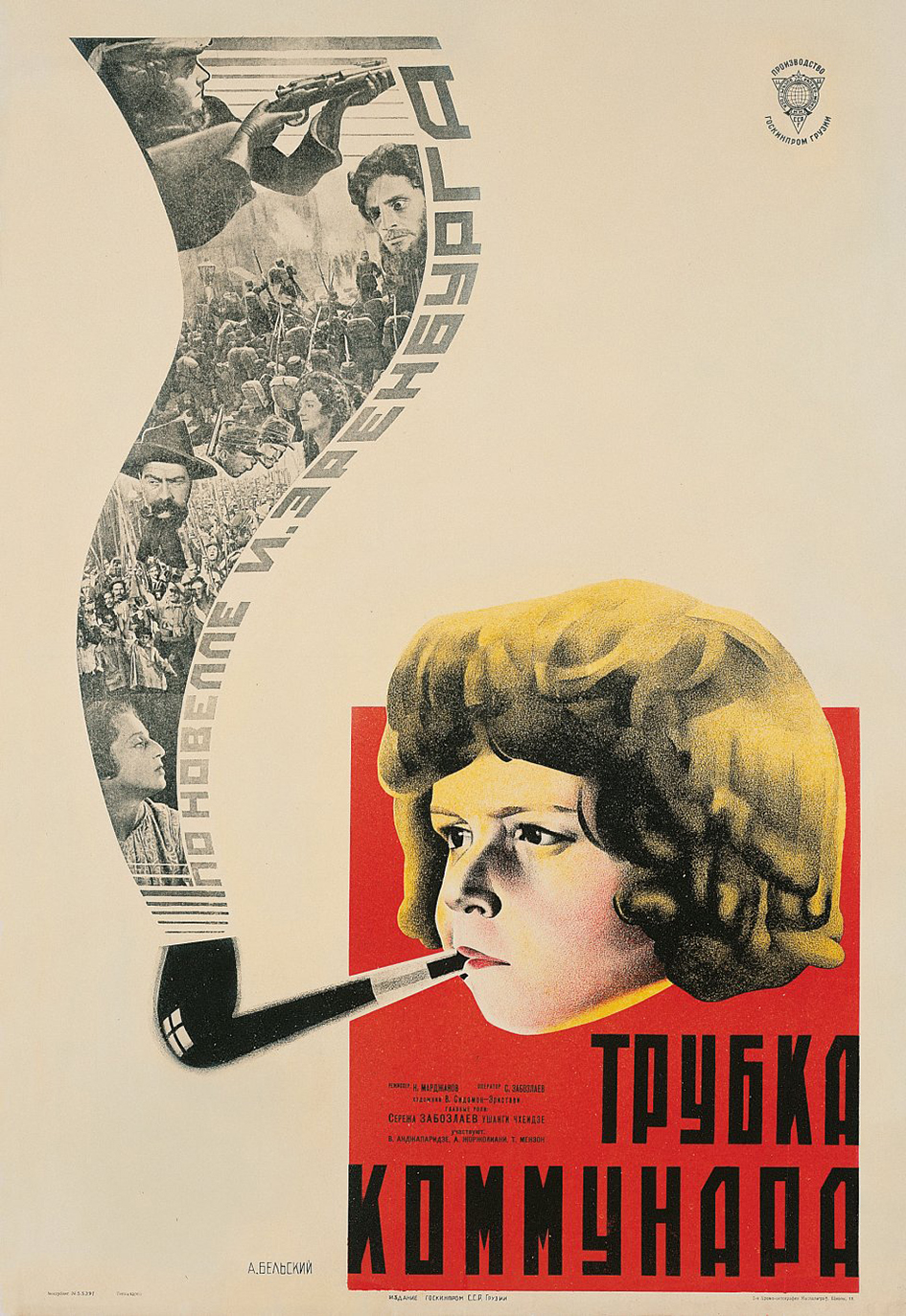 “With foreign films, the artists often had to work from only a brief summary of the film and publicity shots or a press kit from Hollywood” writes Pack.

The book’s release marks the centenary of the Russian Revolution – an event that also prompted an exhibition of Russian art and design at the British Library and Tate. 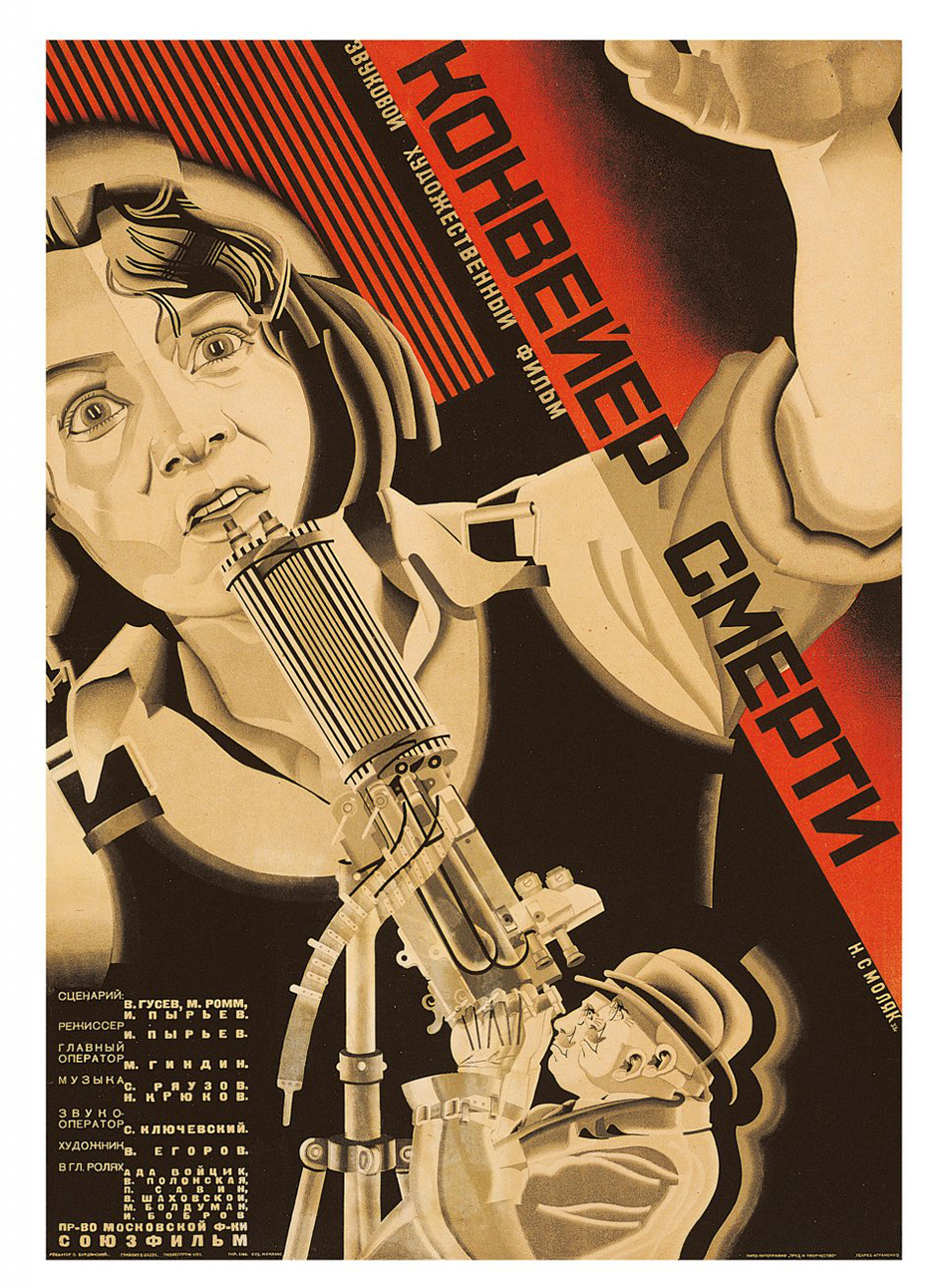 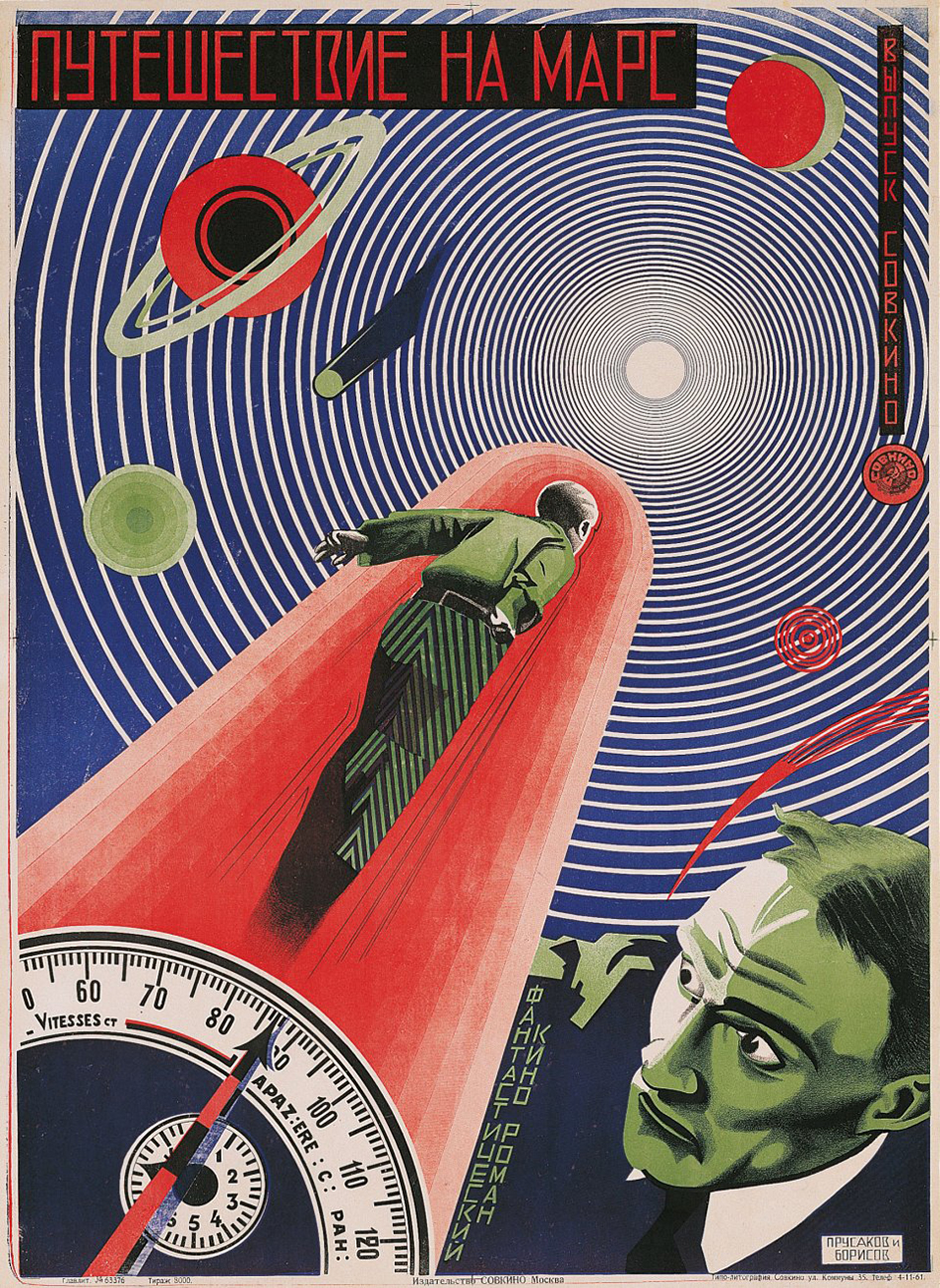 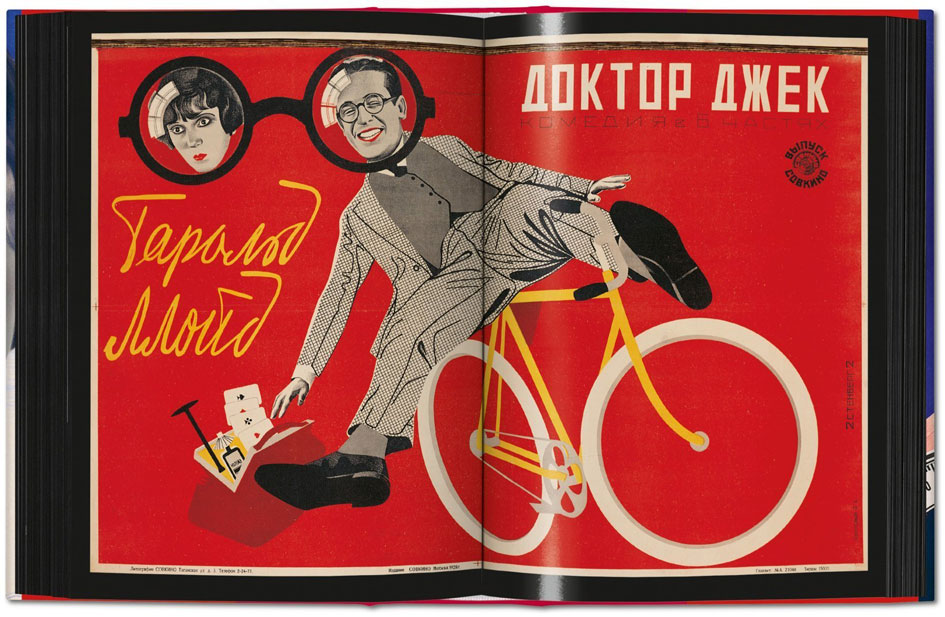 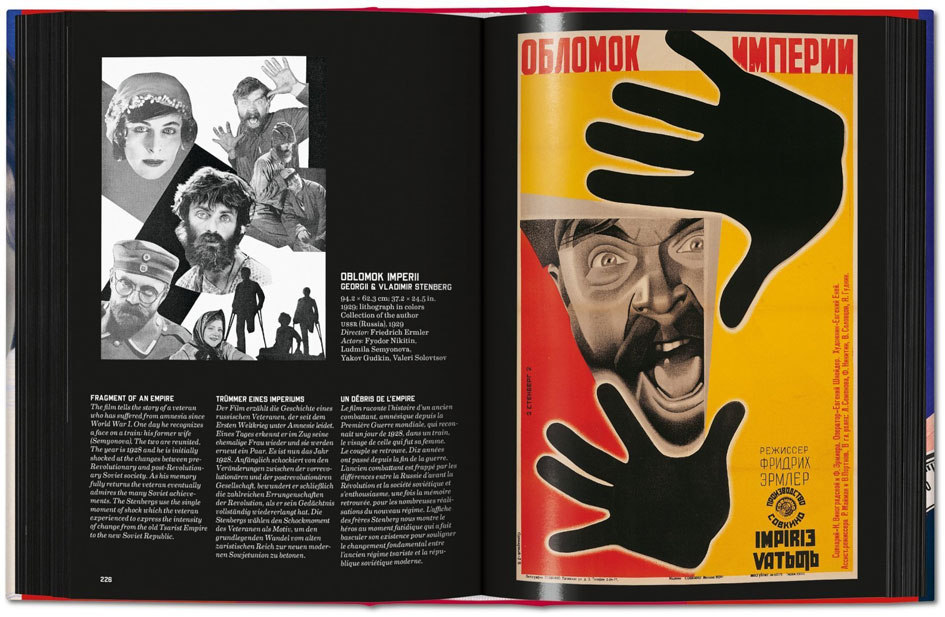 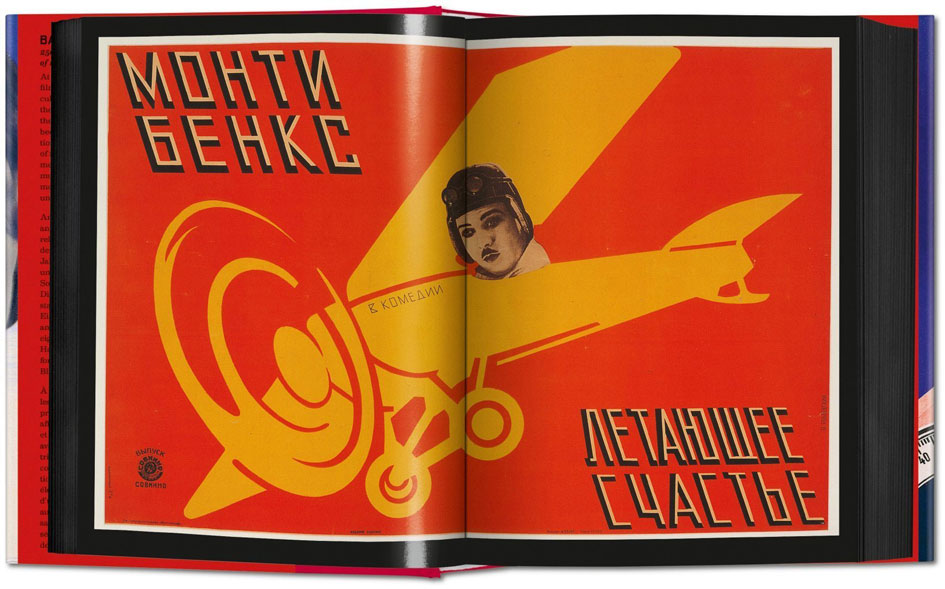 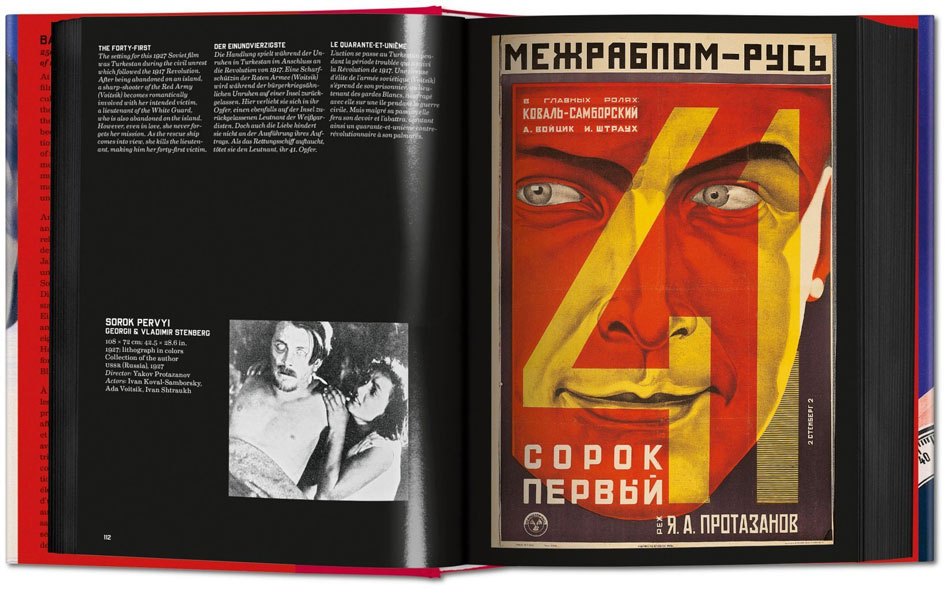 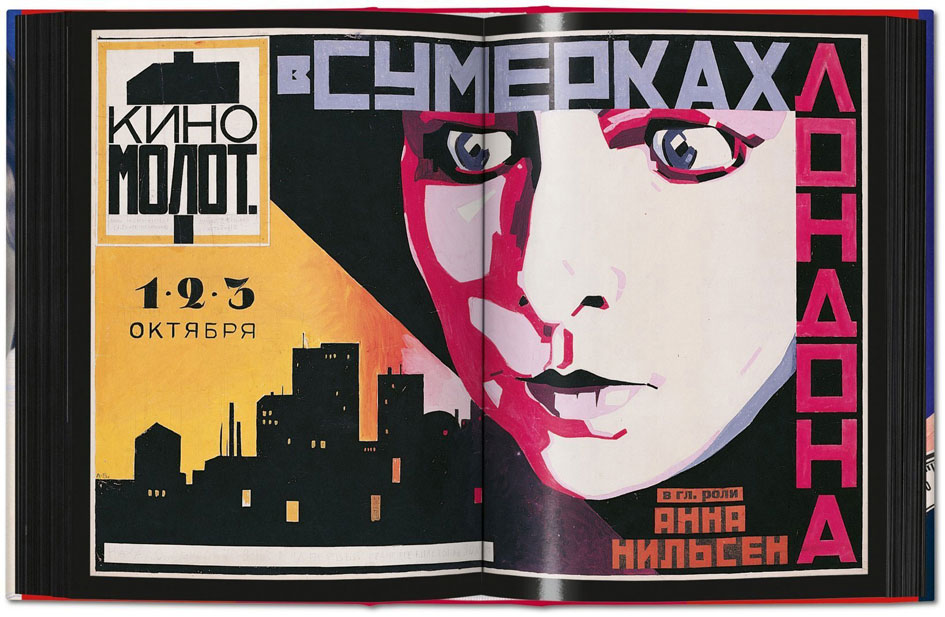